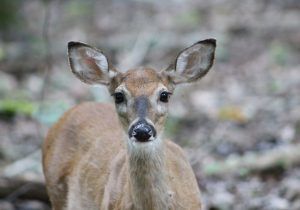 Dunbar Cave State Park is a small park located in Clarksville, Tennessee approximately 1 hour northwest of Nashville. This small park is historical landmark of Clarksville and holds one of the most beautiful caves in this area. It’s a must see when visiting this small town. You can find anything from deers, fawns, squirrels, to even the rushing water going through the cave and out below.

I’ve been to Dunbar Cave several times to walk their trails but I will tell you about our last two visits which were pretty amazing.

It was beginning of October on a beautiful sunny day when I had finished dropping off my daughter Bella at school. I made the 5 hour round trip to Toney, Alabama to pick up my grandmother who was going to stay with us for a few weeks visiting. Once I had arrived back to Clarksville, my grandma (abuela Cecilia) had asked me about any places to visit. We had arrived earlier then expected and still had time to do something before going to pick up Bella at school.

We ended up going to a small farmers market nearby that had the best fruits and vegetables that I have tasted in a long time. Afterwards, we drove around looking for a strawberry field but it was already closed for the season so we ended up going to Dunbar Cave instead. It had been a while since I had visited the park so it was exciting to be back.

My grandma, youngest daughter Isa, and I started our little adventure at their museum. It had a slight history of the park and the previous owners along with some educational facts about the caves. After a quick look at the museum, we headed out to the trails.

Our first stop on the trail was the caves. We didn’t go inside the caves as they were closed for the season due to the bats hibernating but we were able to enjoy the outside area. This locations was used to host parties and concert. How cool would it have been to listen to a band by a cave on their outdoor patio. It must have been such an exciting and unique experience.

Our second stop on the trail was when we saw a deer. My grandma has a slight obsession with the beauty of a deer and had to admire it. They weren’t even scared of us, which was pretty sad, but we did keep our distance and never approached them. We also saw some squirrels, gorgeous green ferns, and some pretty cool trees before ending our hike.

Over the weekend, my mom decided to visit us so we decided to go again and take her. This time I took my camera. I just had to get a good shot of the wildlife here and luckily I was able to capture the beauty of a fawn as she ate. 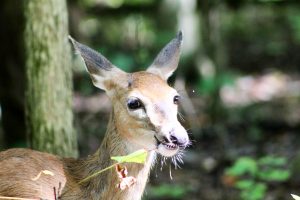 Dunbar Cave State Park has no fees which is great. The trail is fairly short making it a good and easy trip for you and your family to do. Tours do charge a fee though but it’s a small charge.

Mosquito Repellent (during the warmer months)

Warm clothing (for the winter months)

Food for a picnic if you plan to have a picnic. 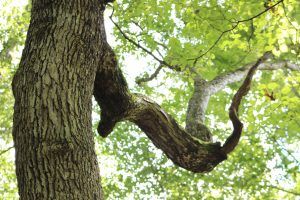 About The State Park

Dunbar Cave State Park is 110 acre park filled with caves, sinkholes, and a flowing stream. The cave itself remains at a good 58 degrees all year round. Tours inside the cave are open during the summer months but closed during the winter months due to bat hibernation. This is due to the bats in this cave testing positive for White Nose Syndrome (more details below).

Apart from the cave and the wildlife, Dunbar Cave State Park is a nice and relaxing spot to go to just to hang out with your family for a picnic or even a short walk along the trails that run around the top of the caves.

The trail is about a 1.9 mile loop. All Trails website says it is heavily trafficked but it all depends on the time of year and time of day that you go. Weekdays and during the school season seems to have less traffic then during the summer months and weekends. The trail is rated as moderate but in my own personal opinion it should be rated as easy. Both of my daughters did it without any issues and still had enough energy to keep on going. 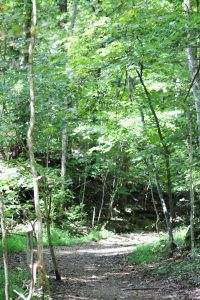 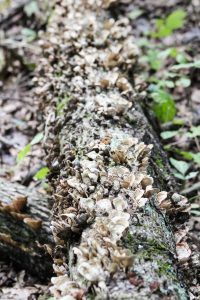 About The Bats and White Nose Syndrome

White Nose Syndrome is a fungus that is carried on back affecting their wings, muzzle, and ears. This fungus can cause abnormal activity on the bats such as daytime flying and you can see the white fungus around the muzzle and ears. Infected bats sadly experience numerous physiologic changes that result in weight loss, dehydration, electrolyte imbalances, and death affecting over 5.5 million bats in the USA alone since 2006.

This syndrome has been reported to not be contagious or affect humans. Proper precautions are being taken to avoid more issues in the decrease of the bat population. Bats play an important role in our agricultural field by eating insects that kill our crops. This means that farmers save millions on pesticides

You can read more about this syndrome here.

“Thomas Dunbar and his family settled the land containing the cave in 1784. Dunbar thought that he had title to the land, but due to incorrect paperwork he was never actually the legal owner. The first known owner, Robert Nelson, claimed the land in 1792. Mr. Dunbar and his family were ejected from the land (Dunbar immediately purchased the land next to the cave property and lived there until his death in 1826). The cave retained Dunbar’s name as he was the first settler to live there.

The entrance to Dunbar Cave is 58 degrees year-round which was a popular attraction during the summer months. After the Civil War, the first resort was built in the area surrounding Dunbar Cave. By the 1930s, the cave became a hotspot for local bands and other entertainment. In 1948, country music legend Roy Acuff bought the property and staged his Saturday Night Radio Dance Broadcast from the site. The cave’s popularity declined in the 1950s when indoor air-conditioning became common in households. In 1973, Governor Winfield Dunn purchased the property and designated it a state natural area.” – Tennessee State Parks, Dunbar Cave State Park

This brief history is found here along with other information about this state park. 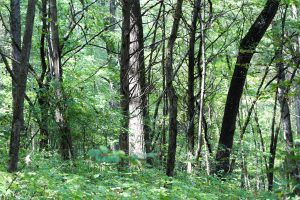 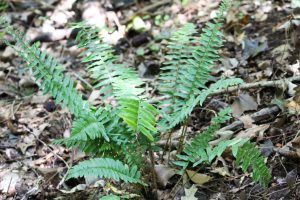 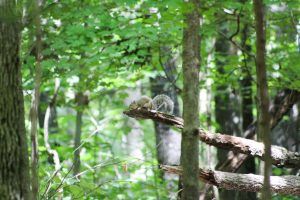 So next time you are close to Nashville or in Clarksville make sure to checkout this beautiful trail filled with wildlife. You won’t regret it. And don’t forget that if you come during the time hibernation is not occurring, you can also do the tour of the inside of the cave.

Disclaimer: Please always practice Leave No Trace. Proceed with caution and always watch the weather and warning signs. Obey any rules or regulations that the park may have. Respect others, nature, and wildlife. Never touch or attempt to get close to any animal. Always keep a safe distance for your safety and theirs. This post is to serve you as an inspirational guide.

I am a wife and mother to three amazing kids. A coffee addict and wine lover. I also have a huge love for the mountains and the the ocean. Through my blog I hope to inspire families to spend more time outdoors.

And get travel guides, travel tips, family lifestyle hacks and more, sent directly to your inbox! Plus get FREE access to our Resource Library where you can get tons of downloadable resources at your fingertips! Sign up now and also receive our FREE Camping Trip Planner as a gift from us to you!

Don't see it? Check your spam inbox and make sure to add us to your contacts.

We don't like being stuck in spam and we have a lot of cool things to offer that you won't want to miss! ;)

New on the Blog

Articles You will also love!

If you are looking for the perfect sunrise hike then Lanikai Pillbox hike is the place to go. This stunning hiking trail is filled with stunning views of Lanikai and Kailua including the picturesque Mokulua Islands. The small town of Lanikai in Oahu, Hawaii is probably by far one of

Treasure Island is filled with many things to do. It is a perfect couples getaway that is located close to the Tampa Bay and St. Pete area in Central Florida. This little beach vacation destination is such a relaxing spot to unwind, be romantic, and enjoy some local food and

Autumn is such a perfect time to go on a trip to Shawnee National Forest. This beautiful national forest in Illinois is perfect for camping and hiking offering some very stunning views and gorgeous hiking trails. In this travel guide I will be going over the best things to do

On a beautiful day such as today, where the sky is bright and sunny, full of life and not too hot, I would grab my girls and go on a beautiful hike. Now hiking with little ones is not easy so sometimes choosing a hike that is good for the

This site uses Akismet to reduce spam. Learn how your comment data is processed.

To ensure that you get the best experience on our website. To learn more visit our terms and policies.